Why can’t vegans take a joke?

Photo by carbonnyc / CC BY

How can you tell if someone is vegan? Don’t worry, they’ll write an extensive article on why they’re not amused by anti-vegan jokes. No, but kidding aside, I was just at the bar with an atheist and a crossfitter and we all agreed that this topic deserved an article. Not because I want to talk about what does and doesn’t amuse me, but because this is a real issue. If you’re a non-vegan, you probably genuinely think that we can’t take a joke. I want to explain why we come across that way as I think it will bring us closer together.

Some of those jokes are funny

Most of them are stale

That also brings us to the first reason we aren’t always amused by the jokes, though. We’re usually not hearing them for the first time. Far from it, actually. If I had a meal every time I heard someone say: “If you like animals so much, why are you eating all their food?” I would be arrested for deforestation.

If you’re a non-vegan you might not realize how stale those jokes are because you haven’t heard them as many times as we’ve heard them. It’s comparable to joking about someone’s name. If you meet a guy named Kyle tomorrow, he could be the first Kyle you talk to in months and you might see it as an opportunity to finally crack a joke about punching drywalls and drinking Monster Energy drinks. But the Kyle in question probably wouldn’t find it all that funny, simply because he’s heard those jokes countless times already. Being a vegan is like being a Kyle, only with more tofu and less wall punching.

Not even the best jokes can survive endless repetition and there’s simply a huge imbalance between how often vegans hear those jokes and how often non-vegans hear them. Vegan might be an ancient tribal word for bad hunter, but it’s not an ancient word for bad listener, and we’ve been listening to the same jokes for a long time.

Of course, there are more annoying things in this world than stale jokes. A great example of that is the ridiculously unimaginative game called “spot the vegan.” Thankfully, it’s not as popular as it used to be, but some people are playing it to this day. To those people I would like to say: You are so bad at it! I can talk about music, movies, politics, the weather or any other topic and you never spot me! It’s only when I straight up talk about veganism that one of you comments “found the vegan” like you’re some kind of top-tier detective. You’re not. You’re terrible at it. I challenge you to up your game. Spot me when I’m not talking about veganism and I will reward you with vegan cookies.

“Spot the vegan” falls into the same category as “How can you tell if someone is vegan? Don’t worry, they’ll tell you!” and every other joke that’s based on the idea that we talk about veganism too much and that we’re annoying. The simple fact is, however, that these jokes themselves are annoying. They’re annoying because they’re not actually meant to entertain. They’re simply veiled ways of telling us to shut up. I’ll be the first to admit that this is a clever strategy. It allows you to tell us to shut up with impunity because the moment we respond negatively to it you can hide behind “it was just a joke” and “vegans can’t take a joke.” But just because it’s a clever strategy, doesn’t mean that it’s not also a cowardly strategy. If you want to tell someone to shut up, you should have the guts to say it directly.

Saying it directly, however, would lead to a discussion about why we should shut up. And that would be a difficult discussion to win, given that there are only three main reasons we talk about veganism: One, someone asked us about it. Two, we need to make sure what we’re buying and eating is actually vegan. Three, we’re standing up for innocent animals.

Which brings us to the heart of the matter: The jokes we dislike the most aren’t jokes about us, they’re jokes about animals. In particular jokes that mock the animals in the animal industries, either in life or in death, and jokes about eating animals who aren’t in the industries. The picture at the top of this article is an example of the latter.

These types of jokes are extremely common. Many people can’t look at an animal from a species that’s commonly eaten in a different context without being tempted to make a joke. Take, for example, these two pictures that were posted on Facebook with the caption “just washed my cow, tell her she’s cute”:

Cute cow, right? Here’s a small selection of some of the comments on that post that made people laugh: “ready for the BBQ,” “she’ll make a wonderful steak,” “I bet she’s gonna taste delicious,” “that’s an adorable cheeseburger,” “someone: ‘so cute’ inside: now I want a beef burger” and “always wash your food before cooking.”

The pictures originally came from Iowa Farm Sanctuary and the cow is actually a miniature zebu calf named Angel. Angel was born with a birth defect, she can’t use her hind legs, but at the sanctuary she’s been given wheels which allow her to experience mobility and independence for the first time in her life. Her best friend is a dog named Davey. No one jokes about eating Davey. So, why do people find it funny to joke about eating Angel?

Part of you thinks: “She’s clearly a cow and cows are for eating. It doesn’t matter that she’s cute and in a bathtub, she’s still a cow.” While another part of you thinks: “She’s clearly a companion animal and companion animals are not for eating. It doesn’t matter that she’s a cow, she’s still a companion animal.” Those two views can’t be reconciled and that creates tension. One way to get rid of that tension is to make a joke about it, like calling her an adorable cheeseburger. But that joke is only funny to people who also struggle with cognitive dissonance. If you want to know what that same joke looks like to a vegan, just imagine there’s a dog in that bathtub and someone who actually eats dogs is joking about eating that dog.

The same goes for the picture at the top of this article. It’s only funny if you have conflicting views on the chicks. If you saw them purely as food, it would be a boring picture. Just imagine the guy pretending to eat an unripe tomato instead. That’s how boring it would be. It’s only when you see the chicks as innocent sentient beings who should be cared for while simultaneously seeing them as morally irrelevant beings who should be killed and eaten that you have enough internal conflict to find the picture funny.

Jokes are not a real solution

Of course, we can continue to make jokes whenever we have an internal conflict, but that doesn’t actually solve anything. And while we’re joking, innocent animals are still getting killed. That’s no joke, that’s real life. And real death. If you’re paying for that and if you’re eating their bodies and secretions, then you owe it to them to sort your cognitive dissonance out.

I invite you to watch a documentary on the standard practices of the animal industries and ask yourself if there’s actually any real reason to be conflicted at all. The documentary I recommend is called Dominion, it came out last year and you can watch it here for free. I also invite you to check out my free e-book Questioning Meat and give Challenge 22 a try. We can easily create a world free of animal cruelty by making different consumer choices, and that world will still have plenty of topics to joke about. 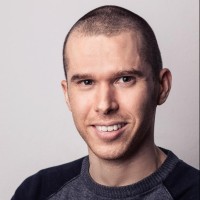 The Impossible Burger debate is ugly and needs to end

Why can’t vegans take a joke?